?: operartor is very similar to if else


But not fully : First Difference
?:  can be use only for assignment  !
not convinced , remove the assignment in the ?:
it does not compile anymore : (

this brings some consequence  when you write condition?expression1:expression2

The last condition is not so simple . here is the full and official description that you can trust
here is the link to the official specification of the operator ?:
http://docs.oracle.com/javase/specs/jls/se7/html/jls-15.html#jls-15.25

for instance look on this tricks , what is the result  ?


this displays 1, even if b is false. You might believe that f(Integer) will be called but not
it is because the first operand has been detected as Object and the second will be assumed as Object too

if you do that using if , you will not have the same result
Publié par Unknown à 04:45 Aucun commentaire:

With Java 7, we cannot imagine how simple is to make a web services server


then use your best SoaopUI and test !
then you can enrich the sample with more annotation

be careful with the generation, it generate server interfaces ... but annotation has to be cut/copy into the implementation as they are not inherited ...
Publié par Unknown à 07:01 Aucun commentaire:


ConcurentHash map looks nice , and looks designed for concurency ... but even in a single threaded mode it can be "dangerous"

have a look in this Article , especially at the end

One thing is this world won't change soon ... is time always keep going on.
The code you are writting few might be in most of the case legacy in few month, week, decade.
In large scale software environment it is a fact.

here is a presentation about how to deal with Legacy system, how to modernize system to make them more agile.
i ll put more on that subject ... when this presentation became ... legacy


The process of taking a well-designed piece of code and, through a series of small, reversible changes, making it completely unmaintainable by anyone except yourself 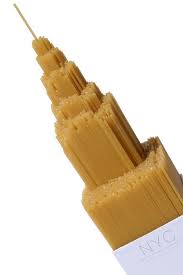 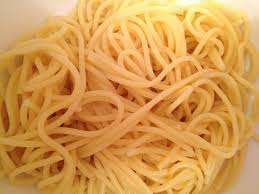 A lot of this stuff can be found there

A set of (very) basics sample for hibernate but very clear

notice that i would recommand the non specific usage of JPA (having already a bad experience with ORM it is always safer to not go too deep in that stuff ... it avoids heavy wounds)


A lot of article deals with Hotspot, but since JDK 1.7 u4 i would say that most of those information are deprecated because of G1

a long presentation made by Charly Hunt one of the hotspot Guru
http://www.infoq.com/presentations/java-g1

and a smaller reading still on infoQ
http://www.infoq.com/articles/G1-One-Garbage-Collector-To-Rule-Them-All

this article has been followed by  a tunic tips
http://www.infoq.com/articles/tuning-tips-G1-GC
Publié par Unknown à 13:47 Aucun commentaire: